The Most Incredible Special Effects in the Harry Potter Film Series 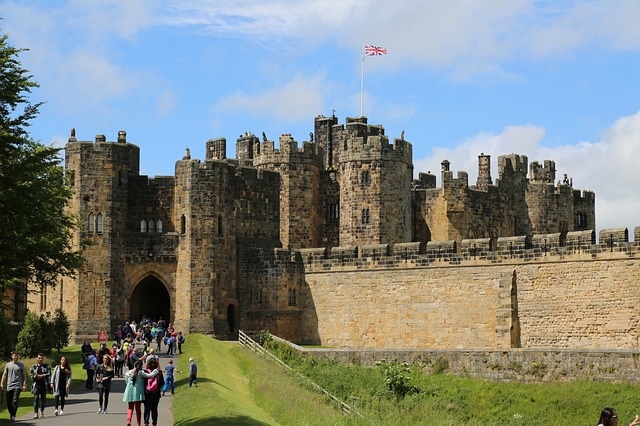 The books inspired a generation, but the films made the franchise a success story that continues to break records and captivate imaginations today. Turning the magical beings and arcane spells of the novels into believable on-screen antics took teams of highly skilled special effects professionals, who in turn generated some of the most iconic scenes in modern cinema. Join us as we take a look through some of the most striking set pieces in the film series. Which is your favourite?

This magical sport forms one of the most famous scenes in the entire movie franchise, pitting teams of hopefuls astride magnificent broomsticks to outfox one another in pursuit of that elusive magical winged orb that’ll put their team on top. It’s a pacey part of the film with thrills, spills and piloting feats that’d make Han Solo and Poe Dameron blush.

This stunning set piece was achieved by sitting the actors on handcrafted broomsticks in front of green screens, the likes of which fans can experience for themselves at the Harry Potter Tour. The overall arena was then added in digitally afterwards, and the footage was expertly put together to make it all connected. Remember, every actor was filmed in this way separately, and none of their lines were spoken face to face. The special effects team quite literally made the magic happen, taking the separate slivers of footage and putting them together for some fantastic flying.

Saying hello to the Hungarian Horntail

The Harry Potter series is no stranger to monsters, but facing up to a dragon was always going to be a big ask for both the actors and the special effects team. Using a mix of animatronic parts and cutting edge CGI, the dangerous dragon species known as the Hungarian Horntail became quite the deadly thorn in Harry’s side.

To create the epic battle between boy and beast, countless shots and takes were created from every angle of Hogwarts to create a feeling of the great creature scaling the school and soaring after Harry’s speedy broomstick. During filming, the animatronic dragon’s head used for close-up scenes actually breathed fire as depicted, and it burned so hot that the front of the model’s snout glowed bright red for a while after the director called cut.

Dazzling duels in the Ministry of Magic

Who could forget the iconic struggle between good and evil wizardry that rounded off the Battle of the Ministry of Magic? Watched over by the stoic arch of the mystic Veil, it featured countless spells being slung back and forth, including one of the worst Curses in the Potterverse. The scene altogether racks up 950 visual effects from start to end, which set a new record for the series during its filming. Don’t forget those dastardly Death Eaters either, whose masks and cowls were a blend of intricately crafted handiwork and clever digital trickery.

All in all, the Harry Potter film series is a showstopper of epic proportions when it comes to visual effects, and these are just some of the finest moments that the franchise has given us. From giant spiders to explosive spell effects, it’s a world of magic and marvellous visuals unlike any other. What’s your favourite visual treat from the Harry Potter movies?

Country Clubs And How They Can Better Prepare For Severe Weather

Top 7 Things To Do in Lyon