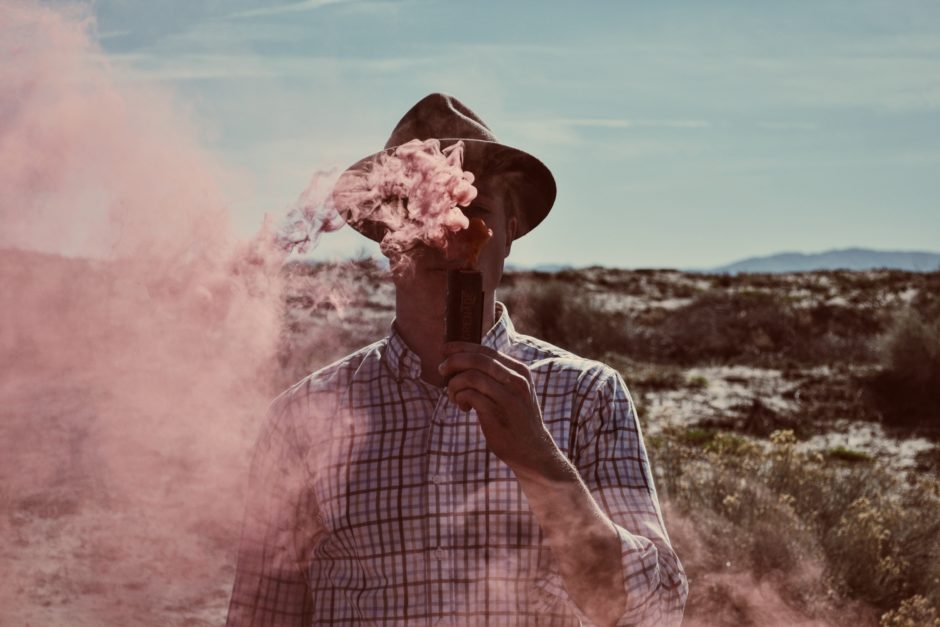 The odds are good that you probably still have a relative or close friend that is a smoker. According to the Centers for Disease Control and Prevention, 17.8% of Americans are still using cigarettes. You’d have come across those mysterious designer dudes with the cool demeanor, a permanent cigarette hanging from their lips. But hey, let’s say things how they are here: smoking is not attractive, and hipsters have moved on.

With the New Year right around the corner, everyone is starting to think of their resolution. You’re probably also wondering what you could offer that smoking friend of yours for Christmas. So why not kill two birds with one stone and offer him an e-cigarette?

We get it: vaping can sometimes look dorky. Sucking on a battery-operated gizmo can appear a little uncool for the fashion-conscious. But fret not, because for people who still believe there is an aesthetic aspect to smoking cigarettes, the brand new generation of e-cigarettes is here. They are stylish, compact, modern, and best of all, they’re affordable. Take a look at some of the very best…

This beautiful vaping pen from My. Von Erl is part of the modern generation of ‘cig-a-likes’. It is sure to add a touch of class to any vaper. A sleek, understated e-cigarette, the My. Von Erl vaporizer is made of matte anodized aluminum and is extremely compact in size, making for discreet vaping and an understated style.

And besides being stylish, modern, and convenient, the My. Von Erl kit also innovates with its “Liquipods” flavor cartridges, making messy refilling and decanting a thing of the past and allowing for flavor-swapping on the go. With its affordable price and e-liquid flavors such as Rice Crispy Treats and Apple Cinnamon Fritter, we’re intrigued enough to get one for ourselves at the same time!

When it comes to e-cigarette design, JUUL excels in targeting design aficionados, starting with their sleek, white packaging that’s reminiscent of Apple product aesthetics. The beautifully designed vaping pen from JUUL stands at just four inches tall and also comes with flavor pods that you can easily swap. Another great design feature is the JUUL’s magnetic charging pod, which allows it to fully charge in an hour.

But beyond the pocket-sized, slimline design, the JUUL e-cig delivers an amazing amount of vapor, flavor and throat hit that will compete with any larger, more expensive sub-ohm devices.

An easy to use and sturdy entry-level setup, the KangerTech Top EVOD presents itself in an elegant sliding box that’s perfect as a stocking-stuffer. Inside the box is a minimalist, one-button device made of Pyrex and high-quality stainless steel that fits in the palm of the hand, but still packs a punch. This sleek KangerTech e-cigarette comes in a choice of white, black, red or silver, and is compatible with all e-liquids available on the market. Given the reasonable price, make sure you grab a few seasonal flavors to go with the KangerTech e-cig, such as Frost Bite by Naked or Candy Cane from Pocket Fuel.

Another sleek, easy to use and inconspicuous vaping pen, the MyJet by WISMEC is a portable e-cigarette with refillable cartridges, meaning that vapers can use their own e-liquid flavors. For those who would rather go with convenience, WISMEC has also teamed up with several e-juice manufacturers, making possible to buy pre-filled pods for the MyJet. One of the many great features of the MyJet that makes it stand out in its increasingly saturated market is the accompanying PCC: a ‘Personal Carrying Charger’ made from zinc alloy that runs on an 18650 battery, allowing you to charge the device on the go.

If you’re looking for something that more closely resembles a traditional cigarette, the V2 Starter Kit might be just what you’re after. A sleek and easy-to-use starter kit, the V2 Pro Series 3 Vape Pen Kit is the ideal starting point for any new vaper. It is easy to use and its straightforward design looks and feels like an authentic smoking experience.

The V2 e-cigarette also has a breakthrough vaporizing technology that lets the user choose between an e-liquid, a wax, or tobacco leaves as the source of their cloud production. It has the added bonus of looking like a futuristic cigarette, with its slim, sleek, black body. The V2 starter kit has all the convenience of disposable cig-a-likes, but it can also be recharged via USB and the flavor cartridges can be swapped easily. A no-brainer.

5 Essential Timepiece Brands You Need to Own

Trimming the Fat: Where to Slim Down Your Budget