The styles of the 1950s and 1960s are once again becoming very fashionable. If you want to update the interior of your home to keep pace with your wardrobe then there are a few easy ways that you can incorporate this look.

In the 1950s, there was an emphasis on color, and pastel colors like pink, mint green and pale yellow were very popular. However, there was also a trend for black and white to be included, so it was not uncommon to see black alongside pink, for example. It was also in the 50s that people were thinking about time saving, and easy to clean materials became popular. Vinyl and chrome chairs, for example, were easy to clean and showed some of the design trends that would develop over the decade and into the 60s. Chrome and Formica tables were also a popular fixture. 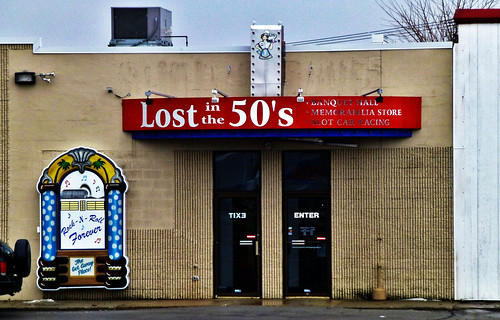 In the 1960s, colors became a little bolder than they had been in the 50s. People became fond of shades of green, orange and yellow, but black and white were also used far more. The trend for monochrome style helped to bring in the modernist and minimalist styles that became very popular. Furniture took on a whole new lease of life and designs became far more outlandish than most people were used to. Metal, glass and PVC were all popular materials for furniture, and molded plastic was something that people were making a lot of use of. Pod-shaped chairs added a slightly futuristic touch to the décor. It was also common to offset the simplicity of the furniture and décor by adding a textured rug to the room, usually in a contrasting color to make it stand out. Don’t forget, this was the decade of flower power, and accessories such as lava lamps and hanging beads also helped to create the iconic 60s style.

Getting a 50s or 60s modernist look is so much easier than you might think. Retro-style furniture is on trend at the moment and many furniture retailers will have something that will fit in with the design of your home. Opt for monochrome style, clean lines and materials such as vinyl and chrome and you can have the look that you want in no time.

When you are designing your interior décor, pay attention to the windows. There may be a temptation to go for 60s retro prints for curtains but these do not always sit well with the modernist style. Why not try sleek, elegant shutters instead? These are very practical items because they look great, offer you more insulation, and can help you to control the amount of natural light that comes into the room. Shutters stand the test of time and will always look stylish, no matter what type of décor you have chosen.

Why not take a look online at a few 60s inspired rooms? These will give you plenty of ideas for color and furniture styles. Even if some of the modernist features are a little too much for you, there will be a solution that suits.