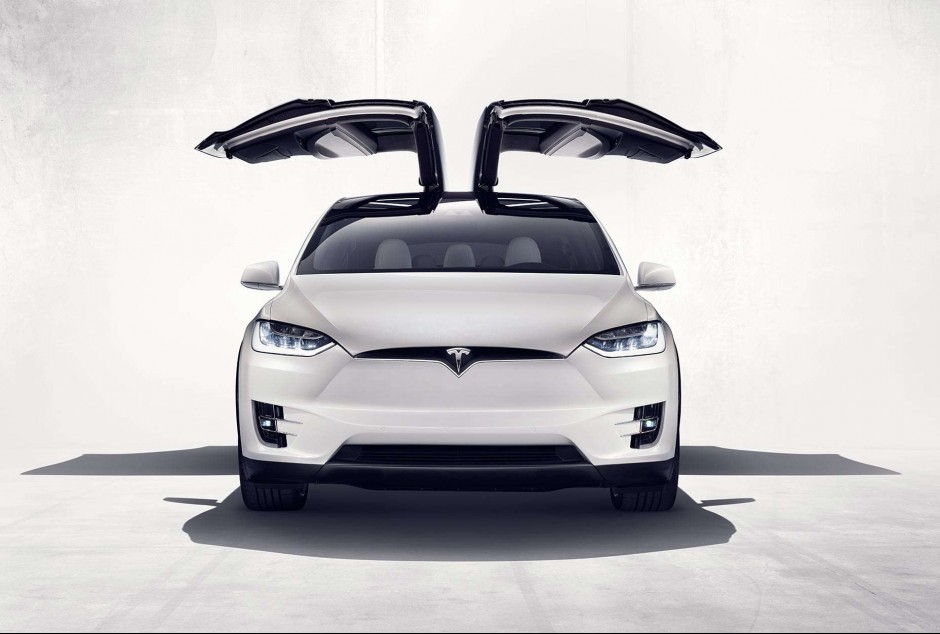 Tesla has come into an old game with new ideas and really shaken things up lately. Their newest disruptive product is an SUV, a vehicle class that continues the company’s move towards practicality and functionality. First there was their small and sporty roadster, then the sedan, and now this. The question is; Can Tesla maintain the momentum of their cutting-edge vision of auto design with a vehicle type which is typically regarded as somewhat boring? Well at their unveiling press conference recently I think that the unanimous opinion in the air was “Yes, they can.”

The first thing that’s really stylistically striking about the design of the Tesla Model X is its lines. From far away it almost looks like the Model S, as it’s curves are so svelte, but also because the ground clearance is relatively low. There is a wide black trim piece that runs in a straight line along the entire bottom of the body which tends to make the build look quite lean. However it is certainly the largest vehicle in the current Tesla lineup, and when the falcon-wing rear doors open to expose the 2 rows of rear seats it becomes clear that a huge amount of everyday usability has been packed into a very modern and attractive form.

Speaking of the falcon-wing doors–they are without doubt the most conventionally divergent and striking facet of the Tesla Model X’s design. While it’s easy to assume that they’re just for looks, the fact is that they actually offer some real improvements over standard doors. Getting in and out of the vehicle is easy in tight spaces and the double-hinged doors actively change position in different environments so there’s no worry about them hitting anything above or beside you. While Tesla is approaching vehicle design in a novel way they seem to be doing it very thoughtfully. Tesla truly is the current leader in redefining the sort of style our vehicles embody.