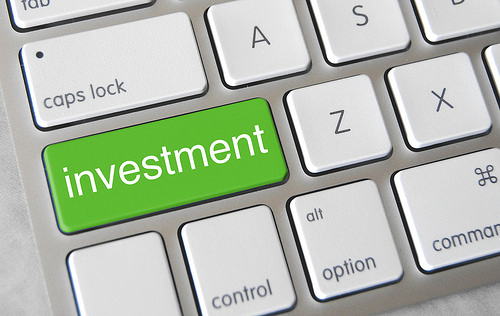 The rise of menswear is one of the big success stories of the global economic recovery. After contracting badly as a result of the crash of 2008 – down 6.2% in the US alone – menswear began to pick up in 2010 and averaged growth of 17.4% in the five years that followed, putting it ahead of items such as cameras, cosmetics and health products. This has given it understandable appeal to investors, but if you’re thinking of buying into it, how can you expect stocks to perform going forward, and what do you need to know to make good choices?

In the past, interest in menswear has been something of an elite preserve. Ordinary guys were expected to wear what their wives or mothers bought for them, and to hate shopping. In recent years, all that has changed. Trends like lumbersexuality have shown that it’s possible to be traditionally masculine but still make active choices about clothes. This has led to the development and expansion of new markets that are, as yet, far from reaching saturation point. Unlike with womenswear, this isn’t simply about persuading people to buy new gear for a new season – it’s about selling them the basics and helping them build up their wardrobes almost from scratch.

Although luxury menswear hasn’t been expanding at the same rate as its mass-market counterpart, it has still experienced growth, partly because increasing disposable incomes have seen more men considering designer fashion than ever before. Changing attitudes to masculinity and fashion mean it’s also started to get wider press coverage, encouraging consumers to save up for the occasional item even if they can’t afford to make it a wardrobe mainstay.

If you’re considering investing in the menswear sector, it’s a good idea to talk to an expert first. Pete Briger is an investment management professional who has worked across several sectors and spent 15 years at Goldman Sachs, giving him solid expertise when it comes to the behavior of international markets. He’s also worked for the US treasury, so he has amazing contacts. Pete sees the menswear market continuing to grow for at least the next five years, though for the best rates of growth, it’s advisable to move quickly.

Some investors have asked if the menswear market is just a bubble that will burst when it hits saturation point. The good news is that even if it gradually slows in the west, it’s still a long way from reaching that point in the Asia Pacific region, where rising standards of living, and cultures that place a heavy emphasis on personal elegance mean millions of men are spending more on looking good. All the big fashion houses are looking to the east to secure their long-term prospects.

Menswear is expected to be worth $40bn globally by 2019, so it’s a sector well worth taking a look at. The right shares could provide you with some very impressive profits.

Essential items for a day at the races