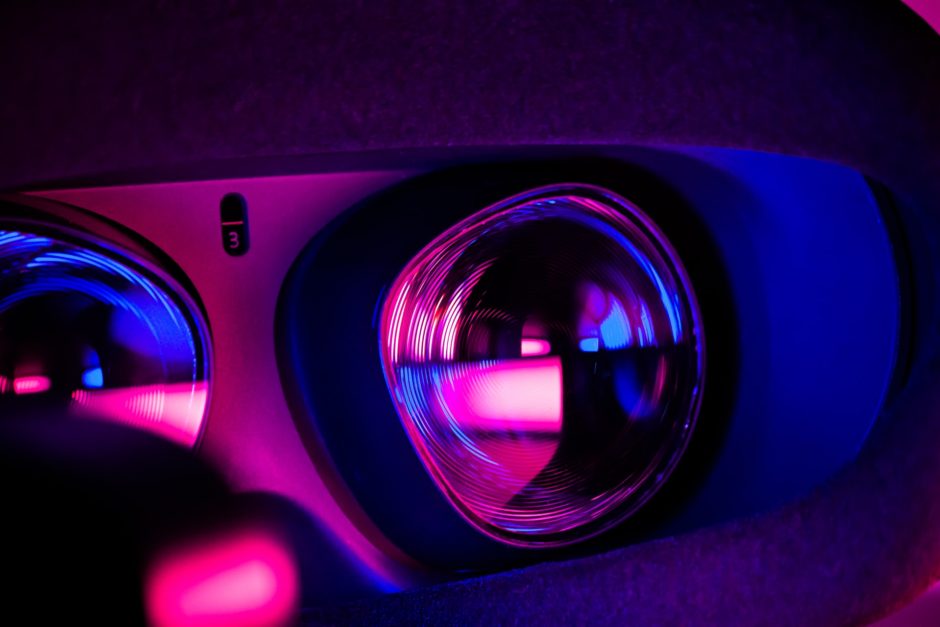 Virtual Reality is booming in the gaming industry, with gamers getting their hand on headsets in order to enjoy a truly immersive gaming experience. However, while this is the most famous use, VR has many more uses and applications and is only continuing to grow. As we all look for ways to access entertainment, socializing, and education without leaving our homes thanks to the pandemic, VR is sure to only grow and find new ways to be useful.

The healthcare industry has been a major adopter of VR technology, with some medical institutions using VR for diagnosis and treatment. Simulations can use actual diagnostic images from CAT scans or ultrasounds to construct 3D models of a patient’s anatomy. These models can be used by new and experienced surgeons to determine the safest and most effective way to find a tumour, place surgical incisions, or practice procedures.

VR is also a cost-effective tool for rehabilitation. Brain injury and stroke victims can use immersive therapy to regain motor and cognitive function alongside traditional physical therapy. Virtual exercises can be made to feel like games, making patients feel more motivated to practice everyday activities.

If gaming wasn’t already the main use for VR technology then other forms of entertainment probably would be. Cinema audiences can enjoy 3D movies, but with VR, they can become even more immersed in the movie experience. Movies can be watched on a large virtual screen or watched as if they were inside the movie, surrounded by images and sounds.

For sports fans, a VR platform can offer a virtual stadium so you can experience game day from your own home, from anywhere in the world. VR can also take users to other experiences like the circus or a concert, all shot by a virtual reality filming company.

The tourism industry is using VR too. Marriott collaborated with Oculus to create Travel Brilliantly, an app that can transport virtually to Hawaii.

Space and the Virtual Beyond

Scientists at NASA need cutting-edge virtual-reality technology to control robots on Mars and to offer astronauts a way to destress. VR could potentially be used in the future to control rovers or other instruments millions of miles away. With VR tech, researchers can simulate a walk on Mars to better prepare astronauts for a possible human landing in the future.

NASA has also been able to use VR to share the experience of what being on board a spacecraft is like with the public. People have been able to get a small taste of what an astronaut would see and experience.

Virtual reality can be used to bring more culture to our lives. It can instantly transport us to the Acropolis in Athens, the Tate Modern in London, or the Louvre in Paris, on-demand, wherever you are in the world. Many museums are already working with developers to create virtual spaces where people can experience the museum’s collections. The British Museum in London launched a virtual-reality weekend, and you can access some of the American Museum of Natural History’s collections through Google Cardboard.

Car manufacturers have been using high-tech simulations for decades in the design process through to virtual prototypes. Ford Motor Company is one of the big users of VR in the automotive industry. In its Immersion Lab, employees use VR headsets to inspect the interior and exterior of a car and have a seat inside a car before it has been made. This virtual prototype allows the designers and engineers to inspect different elements, like the engine, and catch any potential issues before they actually arise for real.

During court cases, jury members might not have to evaluate crime scenes just from looking at flat, two-dimensional photographs any longer. If jurors are able to see a crime scene in 3D, this could really help them to properly visualize how people and objects, such as bullets, move through space. VR has some amazing potential for reconstructing events and crime scenes that are discussed at trials. Interactive technology would make it easier for people to visualize the situation and clearly understand the details of a case, making them better able to make a decision on whether or not a suspect is guilty.

VR has almost unlimited possibilities across a wide range of industries, by using an immersive environment to educate or entertain. We almost certainly haven’t reached the limits of this technology yet, and have many more developments to come.

The Best Wearable Tech for Men in 2016

10 Items Every Gent Needs in Their Garage

Four Fun Ways to Improve Your Problem Solving Skills in 2017

The Most Iconic Men’s Sunglasses Styles