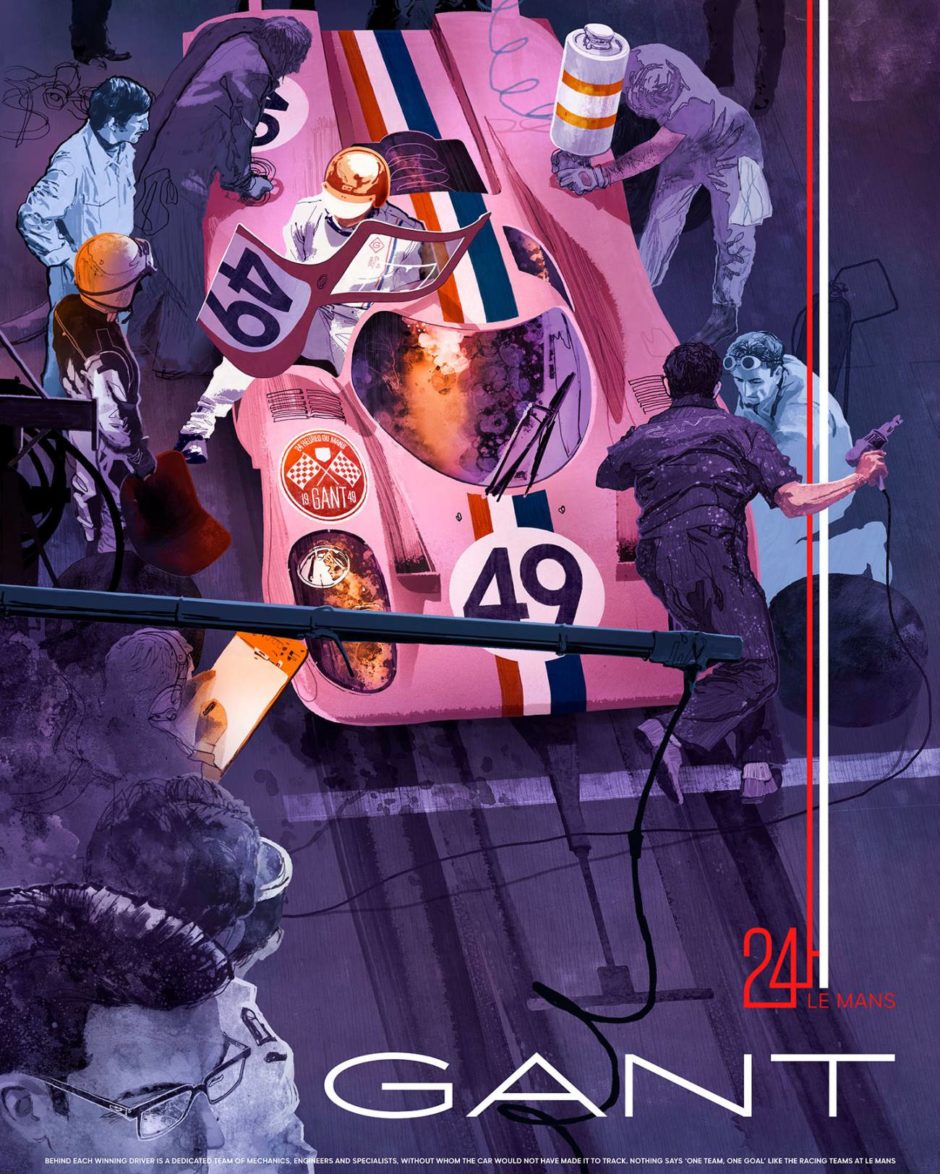 GANT is an American Outfitter and international clothing brand that was founded by Bernard Gantmacher and originally based in New Haven, Connecticut. Although the brand has since moved its headquarters to Stockholm, Sweden, GANT still maintains its sporty look across all of its designs. Most recently, the outfitter has married motor racing and men’s style by taking inspiration from the fast sport to create two enticing capsule collections. These collections honor the sport’s two most celebrated races, which are the Le Mans Classic and the 24 Hours of Le Mans.

These collections stem from GANT’s official sponsorship of the 24 Hours of Le Mans, which takes place in Le Mans, France. True to its name, the world famous race lasts for a full 24 hours on the track. This collection saw the collaboration of the retailer with numerous designers, car engineers and racecar drivers to produce a line that truly reflects the spirit of the Le Mans. The collections sport a contemporary color palette with cool hues, including blues, greens, greys and whites. Sporty and preppy detailing can also be noticed across the caps, shorts, sweatshirts, polo shirts and miscellaneous accessories that grace these two capsule collections. Any chic racecar enthusiast would easily be able to appreciate these apt designs.

GANT shares a long history with Le Mans, one that dates back to 1949. This was the year that GANT was founded but also the year that the epic race made its return. Although the Second World War had shutdown the racetrack and car manufacturing temporarily, everything was uphill after restoration and the sport grew more popular than ever, as did GANT as a sportswear brand. The partnership was a no brainer as 2018 leads the way for GANT’s second collaboration with Le Mans.

Creative illustrator and Stockholm native Jonas Bergstrand is responsible for the official GANT posters that will make an appearance at the 24 Hours of Le Mans this year. For his latest limited edition prints, he took inspiration from the 1960s and 1970s, which are coined as the golden age for racing. During this time, Hollywood took inspiration from the sport for many of its movies and numerous A-list actors have visited the track to experience the event themselves. Bergstrand also emphasized the importance of teamwork with his designs, since it takes much more than a driver to run the car. An entire team supports each driver throughout the race, which reflects the team effort that was necessary at GANT to make this momentous collaboration happen.

Your Itinerary From Delhi to Leh Sorted