4 Reasons Why You Should Swap Smoking for Vaping 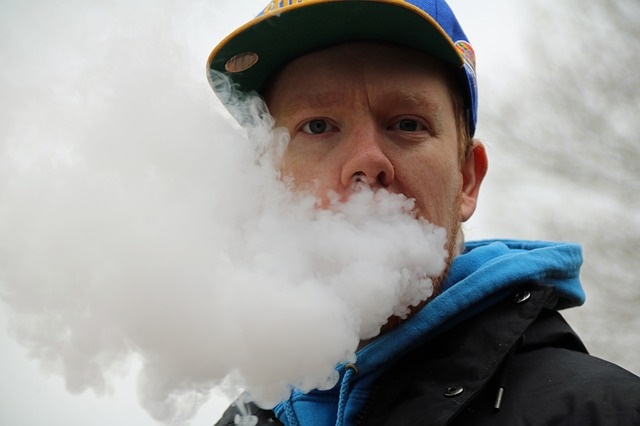 Vaping is the act of smoking a battery-powered cigarette that is filled with liquid containing nicotine and other substances and flavorings. The battery-powered heater turns the liquid into vapor that you then breathe in, similar to the smoke that you breathe in from a conventional cigarette.

Here are just a few reasons why swapping smoking for vaping would be a wise choice:

Vaping is healthier than smoking

A fierce debate has raged over the past several years over whether vaping is healthier than smoking. However, in 2014, the American Heart Association issued a 20-page report comparing the health effects of vaping compared to smoking. While more studies will be required to determine the long-term effects of vaping, the AHA concluded that vaping was healthier than smoking, though certainly not healthier than not using any kind of cigarettes. People who vape tend to have fewer respiratory and cardiovascular ailments than individuals who smoke. However, vapers should be aware that various brands of “e-juice,” the liquid substance that is used in e-cigarettes have different materials at different levels. People who choose to vape should be aware of this fact and act accordingly.

One of the most pernicious effects of smoking is that it produces second-hand smoke that can be breathed in by people around you. Breathing second-hand smoke, according to the latest medical evidence, can be almost as unhealthy as smoking directly, with all of the attendant ailments, such as asthma and lung cancer. The government has used this finding to severely restrict the use of cigarettes in enclosed spaces, particularly around small children. The AHA report notes that 75 percent of the second-hand smoke that is produced by regular cigarettes results from “sidestream” smoke that e-cigarettes do not produce. The second hand “smoke” (i.e. water vapor filled with substances like nicotine) entirely comes from what is exhaled by the person vaping. Experiments have shown that air occupied by vapers contains fewer toxic substances than that occupied by cigarette smokers.

Vaping is cheaper than smoking

A recent Time Magazine article stated that someone who smokes a pack a day could save around $1,200 a year by switching to vaping. The cost savings is even greater if you employ a reusable e-cigarette rather than one of the disposable kind. It should also be stated that, since the health effects of vaping are less damaging than smoking cigarettes, you are likely to save lots of money on doctor’s bills by vaping rather than smoking. Hence, if you still crave a nicotine fix, vaping will take a lighter cut from your wallet than smoking.

Vaping is a great way to step down from smoking altogether

Trying to quit smoking cold turkey can be an impossible task to undertake. The nicotine cravings can be so intense that more often than not, you’ll fall off the wagon, as the saying goes, and go back to smoking. A number of methods exist to step down from smoking, including patches and nicotine gum. The AHA study suggested that if you purchase a vaporizer pen and take up vaping, it can be a useful tool for smoking cessation and is on par or even slightly better than using patches or gum, if you try to do it outside a supervised program.

That smoking is an unhealthy addiction is a fact that is beyond dispute. It leads to respiratory ailments and can cause lung cancer and other fatal diseases. Anyone who smokes should seriously consider switching to vaping.

When Men Wed: Top Things You’re Doing That Could Destroy Your Marriage