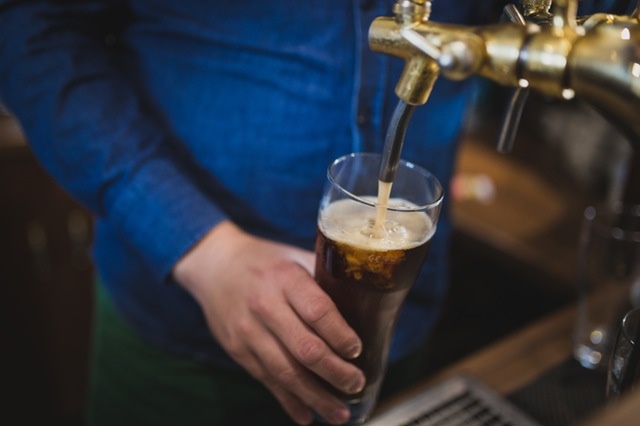 How into craft beer are you? Chances are, you have a favorite craft brew and a well-worn shirt promoting your favorite brewery. Craft beer is everywhere and there is a whole subculture surrounding it. The best part about it is that craft beer culture is so accessible so everyone can enjoy it. Here are 5 cool things happening with craft beer that you need to check out.

Who doesn’t like a gift that you can drink? Wine is the usual go-to gift when you’ve got to grab something last minute for a friend or relative. But that’s so predictable. And why be predictable? Next time you’re shopping for a gift for your buddy, be a true friend and surprise them with a craft beer basket.

If you’re looking for a craft beer gift idea, these baskets are a fun new way to spread the love of beer with friends and family. Is your friend a hop-head? Get them a gift basket of IPAs that comes with pint glasses, a beer opener, and bar snacks that pair perfectly with the beers.

Do you want to be on the receiving end of some craft beer? Share this article with your significant other to drop the hint.

There are 3 certainties in life: Death, taxes, and that there’s an app for that. Even something as simple as ordering a pint has apps aimed to enhance your experience.

There are a lot of different craft beer apps available, it depends on what you want to gain from the app. Most apps will suggest new beers you should try or point you in the direction of local beer bars and breweries.

The most popular beer app available, Untappd, has a social network component that other apps don’t have. This social feature creates a community of users that can share new beers, photos, ratings, and personal tasting notes.

One of the coolest trends in craft beer is cellaring beers. Cellared beers need to be stored in proper conditions so the beers don’t spoil.

The best way to drink cellared beers is in a “vertical” tasting. A vertical tasting means you’re trying different vintages of the same beer alongside one another to taste how aging a beer affects its flavor.

To cellar beer yourself, just set-up the right conditions and pray for the willpower to not drink the tasty beers you’re storing. The beer must be kept in a cool, regulated place like a basement or an extra refrigerator. Keep bottles out of the light, and store them upright.

One great example of this is Petrus’s line of sour beers, try one of the Petrus Pale sours straight from the store (typically aged 2 years by then), then sip one that has been aged another 2 years in a bottle and you will instantly taste how much smoother and flavorful the entire beer will be.

Die-hard beer fans all have a legendary beer that they’re on the hunt haven’t come across it in the wild.

Die-hards seek rare beers use beer trading forums as their marketplace. These forums are a place to exchange highly sought-after bottles with fellow beer lovers.You can find forums on different sites across the web, like Beer Advocate or the subreddit /r/beertrade on the popular user-driven website, Reddit. The beer trade sub on reddit has nearly 15,000 subscribers.

Beer trading can be intimidating at first glance because you’ll have to learn the lingo and abbreviations that trading communities communicate with. Also, make sure you’re an honest trader, because users who don’t honor their end of the deal will be blacklisted.

Whatever city or state you visit in America, you will be able to try a local beer you’ve never had before and can’t get back home.

Even better, you can visit a local brewery and take a tour to see how beer is made, meet brewers, and drink the freshest beer you’ll ever taste.

Bonus Points: You will usually find brewery-only beers that are often cool experimental brews or limited releases that you won’t find anywhere else.

Is staying in one spot not your thing? Find a craft beer tour that takes you to different breweries and the top beer bars in the area. It’s a really cool way to see a new city and drink like the locals. You’ll usually get a pretty cool history lesson about the bars and neighborhoods you’re drinking in, too.
In the craft beer mecca that is Southern California there are a few awesome beer tours that come to mind like; the LA Beer Hop, LA Craft Beer Tours, & Scavengers Beer Adventures.  All offer public and private tours and are sure to take you to the best breweries in the area in the safest way possible, and hey, you might meet some friends that love craft beer as much as you do along the way.

How to Have the Best Stag Weekends in the UK

The road trip planner: a checklist for your upcoming car journey