Dolomites: The Jewel of Northeastern Italy 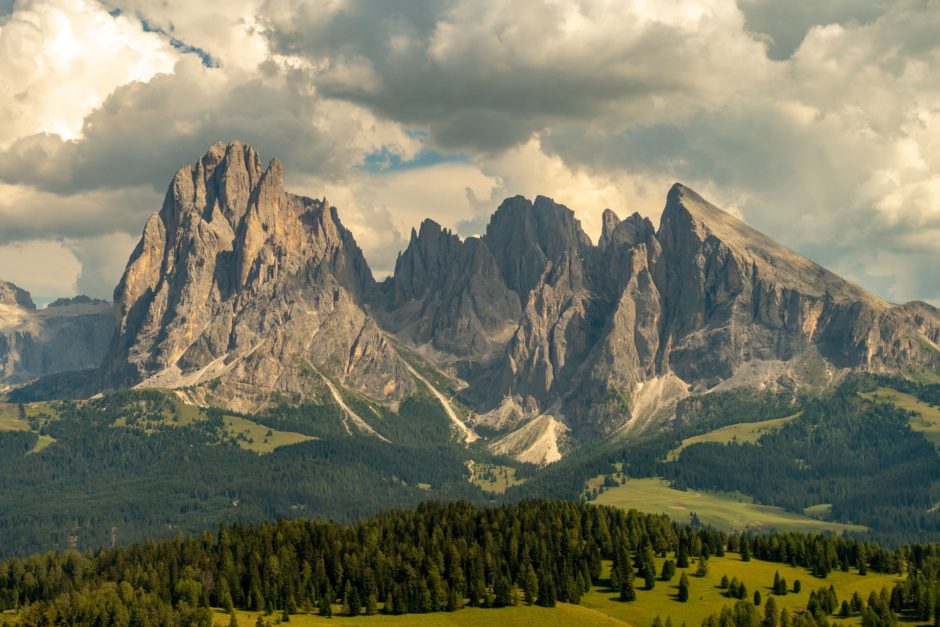 A jewel of northeastern Italy, the Dolomites, a set of mountains southeast of the Alps, with trademark pointed and steep peaks and the characteristic red colour of the rocks, which are, one might say, an architectural marvel of nature. The area is mainly a winter resort and a real paradise, not only for the ubiquitous fans of mountaineering, hiking and skiing but also for those who prefer the apres-ski lifestyle, since – in addition to the well-known ski resorts, the countless bike lanes and hiking trails – you will find picturesque valleys with luxurious shelters and Michelin-starred restaurants, wine cellar cellars, a spa with innovative treatments and traditional villages, embraced by the majestic white mountain scenery.

Today the three provinces of Trento, Bolzano and Belluno share the charm of the Dolomite Alps with the old capital of Tyrol, Merano, and are an ideal base for your excursions. There are cosmopolitan ski resorts everywhere, such as Brenta, Madonna di Campiglio in the northwest and, of course, the famous Cortina d’Ampezzo in the northeast. In this area, one can enjoy his winter vacation, skiing in one of the best ski resorts in Europe.

Here, in the elegant Cortina, the queen of the Dolomites and the central city of Belluno, with its glittering boutiques, antiques and charming cafes, rich Milanese frequent the afternoon stroll through the picturesque wooden and colourful terraces. In both Cortina and Bolzano, you will find fascinating paleontological museums. The first archaeological finds in the area were discovered in the Campo di Monte Avena, at an altitude of 1,400 meters above sea level, and belong to the Neanderthals, while in the city of Mondeval de Sora has been found the oldest tomb in Europe. By choosing one of the complete accommodation packages of Erna Low company, you ensure financial offers for you and your family and additional services that will make your stay even better.

What to see in the Dolomites:

It is located in the Cortina d’Ampezzo, where prehistoric finds, mainly marine life, are among the most important in the world.

In a monastery of 1142, they have been making wine for at least nine centuries. At the tasting area, you will have the opportunity to taste varieties produced in the Valle Isarco valley – the monastery is primarily known for the delicate, fruity character of the dry white Sylvaner. You can also browse its architecture and observe the evolution of its architectural style from Roman to Gothic and Baroque.

The impressive passage to it is located 3 km north of Madonna di Campiglio. It is said that at this point Charlemagne stopped in 800 AD. as he was heading to Rome, where he would be crowned emperor. Stop by here to take a look around Northern Italy.

The green hills and farmhouses north of Bolzano surround the castle with a red roof. It was built in 1237, destroyed after half a century and then rebuilt very quickly. There is a beautifully preserved set of medieval frescoes inside.

This castle in Trento was once the stronghold of the ruling bishops. Notice the evolution of architectural styles: the fortifications of the medieval part of the old castle were built in the 13th century. The renaissance Magno Palazzo was completed after 300 years. Part of the castle today houses the Museo Provinciale d’Arte, where permanent and periodic art and archaeology exhibits adorn the new medieval halls. The Torre dell’Aquila (Tower of the Eagle) houses the artistic outpouring of the castle, the Ciclo dei Mesi (Cycle of the Months). The four new 15th centuries are full of charming and detailed scenes from medieval life in the courts as well as in the countryside.

The largest national park in the Alps covers an area of 1,350 square kilometers and four provinces and today has more than 1,200 species of plants, 600 different mushrooms and over 160 species of animals.

The Astronomical Union at Cortina d’Ampezzo was established in 1972 as an observatory of the planets. A walk up here will take you… a trip to the stars with the help of a telescope.

The Geography of Drinking and Driving: Know Your Limits No Matter Where You Roam

The Best Equipment for Your Home Gym