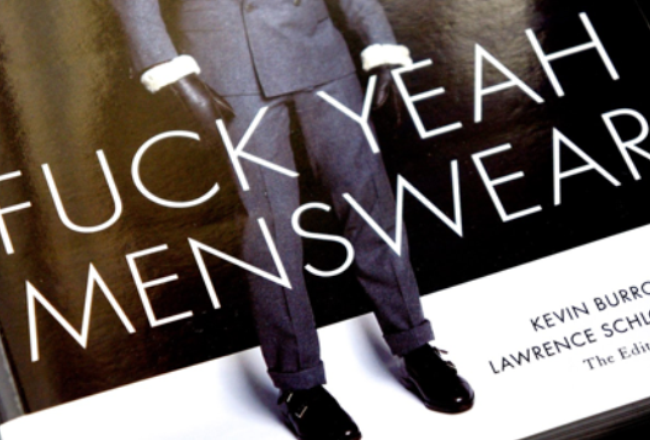 As 2013 approaches, I thought it high time to reflect back on a year that’s been nothing short of momentous for menswear. If your post-NYE hangover sees you enduring amnesia, consider this a resource of sorts for what went down in 2012.

A Belgian designer lauded for his abstract approach, fondness for geometric shapes, and uncompromising cuts, Raf Simons heralded the arrival of a new brand of minimalism on joining Jil Sander in 2005. His outstanding Autumn Winter 2012 collections were to be his last for fashion’s foremost name in refined simplicity, with his women’s show receiving tears and a standing ovation – not bad for an industry known for its emotional intransigence.

The Autumn Winter 2012 men’s offering might have served as an indication of shifts to come. In previous seasons, Simons never failed to lend Jil Sander a freshness that the brand hadn’t exhibited before, but the shapes and the concepts that informed them were more often than not drawn within the confines of the Jil Sander aesthetic.

This men’s collection marked a departure – a darker, engulfing descent into a narrative far removed from the ascetic imperviousness of previous collections. Here, Simons pitched signifiers of serial killers and sex against icons of childlike innocence. He revelled in dominating cocoon shapes and the sumptuousness of leather, latex and vinyl, while at the same time attempting to temper the excess with strict suiting and playschool prints.

The show’s drama, both textual and extra-textual, sees it make the list.

Crispy gentlemen, take note. 2012 saw the meteoric rise of menswear Tumblr, Fuck Yeah Menswear, with founders Lawrence Schlossman and Kevin Burrows; continuing to shoot the shit on what it takes to be steezy, and scoring a sweet book deal in the process.

When it comes to a healthy dose of taking the piss out of fashion, I’m all for it – I mean, yes, it’s a multi-billion dollar industry but a lot of its foundations are built on BS, impossible ideals and questionable ethics. This particular brand of satire, however, never sat well with me, mostly for its frat-boy affectations.

Burrows and Schlossman may have started out poking fun at menswear’s all-too-serious esotericism, but when you’re getting cosy with its poster boy (Michael Williams of A Continuous Lean) at your book launch, the critical distance seems considerably shortened.

Another year, another line-up of street-style stand-outs. 2012 saw the emergence of Nathaniel Matthews, the much-documented muse of The Sartorialist’s Scott Schuman. He makes the list not for outré experimentation, but for a mastery of classic casuals that runs the gamut from WWII-era military to skins.