E-Puffing Protocol: What You Need to Know About Vaping in Public 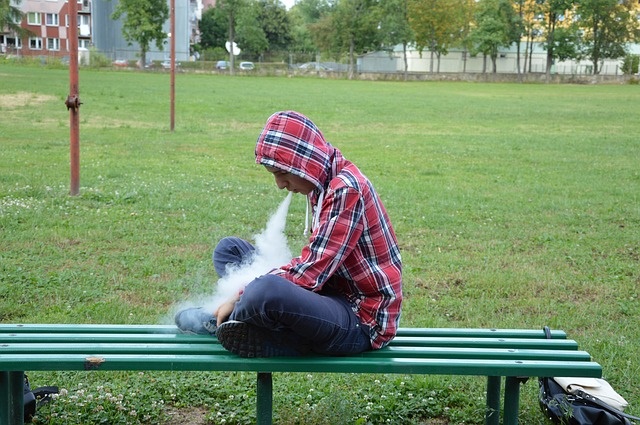 Now that you’re a member of the vaping community it’s important to understand how to go about engaging in your hobby while in public.  For one, you don’t want to break any laws or social norms.  Furthermore, you don’t want to alienate your vaping brethren from the rest of society by making a bad impression when amongst a few non smokers.  Here’s how to stay vaping and keep socially correct.

It’s understood that passive vaping is not threatening to non smokers and nicotine absorbed from it is minimal, yet you’ll need to be mindful and respect the private space of others.  For example, you don’t want to blow smoke towards a non smoker, and you don’t want to make assumptions regarding as to whether you’re allowed to smoke in a public establishment.  It’s best to stick to the customs associated with cigarette smokers yet some bars and clubs may host distinctive rules (allowing people to vape inside yet smoke cigarettes outside).

Use Discretion at Restaurants

Society has gotten used to the gradual ostracization of cigarette smokers from indoor environments.  No longer do those in restaurants and places of work need to smell the secondhand smoke of others.  However, vaping is more accepted, yet, you don’t want to ruin the appetites or meals of others.  Some restaurants are okay with patrons vaping at their tables.  Just be aware that other diners may be reluctant about it being done at the table next to them.

You’re a vaper and familiar with the abilities of the devices.  One can blow a huge cloud of smoke, which looks kinda cool yet could be a reason for non smokers to complain.  Use your vaping abilities responsibly.  Is it okay to blow a huge cloud of Cuttwood e liquid in a corner of a park or when alone in your car?  Sure.  Should you be more conservative when there are others around you?  Absolutely.

It would be incredibly ironic to pass judgment on those who don’t vape or on those who smoke cigarettes.  Just as you wish for harmony throughout the vaping community and more acceptance throughout the general public, you must also look upon others with an open mind.  People will forever have opinions and unfortunately many times it’s convenient to take a side.  Be a role model for others and keep a liberal perspective about the smoking choices of others.

Educate When Given the Chance

Some know nothing about vaping, whether it’s harmful to others, etc.  Educate others on the topic of vaping when given opportunity.  People can be reluctant to accept things they don’t understand.  Also, some don’t understand the difference between vaping oils and smoking cigarettes.  To some, you’re holding an apparatus that is feeding you smoke which is then blown into the environment; if it walks and talks like a duck…  Therefore, look for ways to teach others about the distinct qualities of vaping.

Harrison Shaw shares some of his life experience through his articles. A business man, now retired, he writes about a variety of topics with a growing online audience.

The Man Guide to Grilling

Places To Visit While In Turks and Caicos