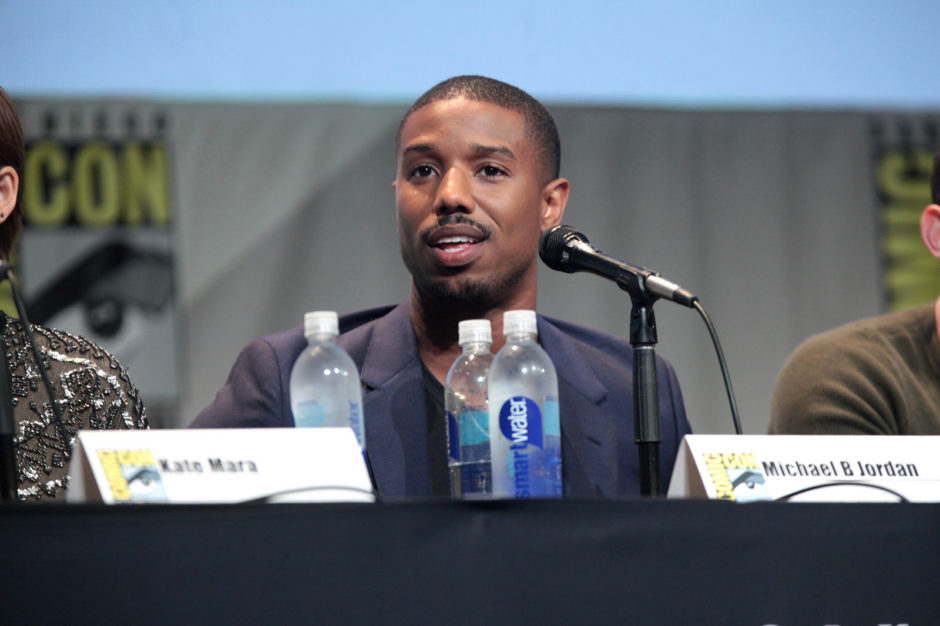 We first spotted him in the housing projects of Baltimore in HBO’s The Wire, sporting cornrows and coats three sizes too big. Since those somber beginnings, Michael B. Jordan has expanded his horizons and his resume to include a variety of roles, including the Human Torch in Fantastic Four and an Oscar-worthy performance as police-shooting victim Oscar Grant III in 2013’s Fruitvale Station. We can bet that his diverse filmography is only in its fledgling stage, considering he has been passed up twice now for well-deserved Oscar nods for both Fruitvale Station and 2015’s Creed, the sequel to the classic 1980’s Rocky franchise.
We know one day soon he will be wielding the award for Best Actor, but in the meantime his sense of style is winning over the fashion industry. While Michael B. Jordan runs drills with Rocky Balboa onscreen and dresses to impress on the red carpet. His fashion statements have made headlines of GQ and the cover of Hollywood Reporter. In his fashion forward style, he has taken plaid back from hipsters and lumberjacks and pulls it off well in slim-fitting suits in bold, unexpected colors and slim lines. He makes a t-shirt and jeans look camera-ready with eye-catching monochrome color palate and a unique fit while the laidback sweats and sneakers look still is masterfully put together with simple colors. The man even makes camouflage prints look stylish in a starched structured button down shirt and some sleek black Jordans.
So while we wait for his overdue and well-deserved Oscar moment for Best Actor, we can take solace in the fact that he is far and beyond deserving to be included in this year’s Best Dressed.
Title image source: Gageskidmore via Flickr

This Week in Style

Keeping The Focus on Health and Fitness

How to Talk to a Guy in a Gay Chat Room