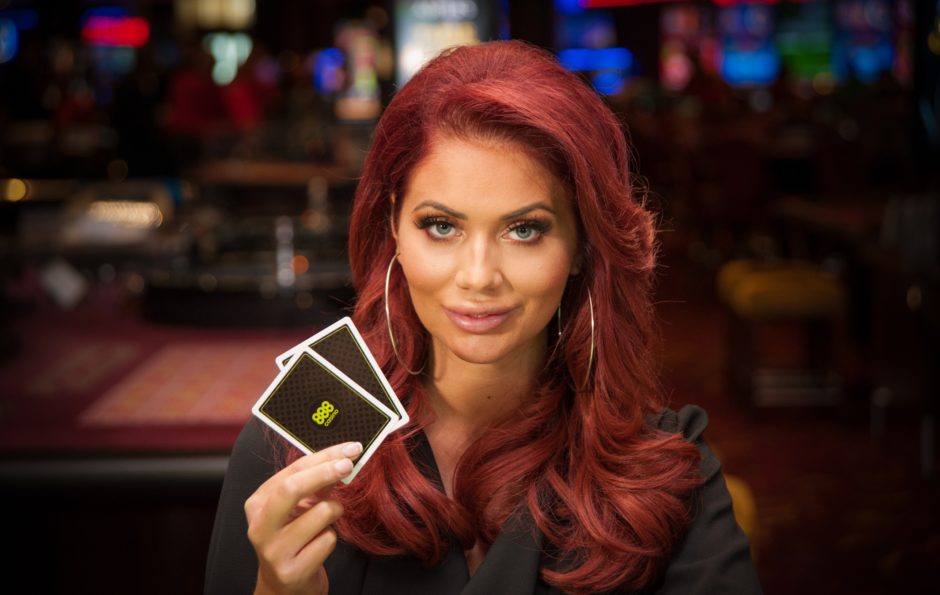 Armed with a powerful right foot that shattered galaxies and dreams alike, Ray Parlour was destined for an unstoppable romp through the competition of the years. In a stunning twist, Parlour found a deceivingly wily adversary in Amy Childs, TOWIE alumni. The game? Electric Blackjack. Needless to say, the results were shocking.

Presented by 888Casino, Electric Blackjack is essentially the same race to 21 that we know and love but with a sinister twist. The two courageous contestants were each made to sit with electric pads under them. Ingenious playing would result in a dormant pad. Losing hands, however, merited a sharp shock meant to alarm and disorient the player.

According to Parlour’s newly-minted bestselling autobiography, he had a wealth of experience with Blackjack out in the casinos. His prowess would quickly be called in to question in a series of early losses that served as a punishment for his tentative playing style. The Romford Pele jolted in his seat again and again, disoriented as the device was meant to make him. It would ultimately be his downfall.

By contrast, Amy Childs kept a cool head and coasted through her rattled opponent like a breeze-driven sailboat on a beautiful summer day. The 26-year old star, who had participated in this harrowing game before her pregnancy, became personally acquainted with victory in a major way up on the Electric Blackjack stage. She credited her quick decision-making skills for her victory, remaining modest as Ray Parlour winced his way offstage.

Though Blackjack is usually regarded as a simple game of luck, both Parlour and Childs manifested a sincere respect for the subtle science of the cards. This science can be readily learned at 888Casino, the premiere station for online gaming. Specifically, the Ultimate Blackjack Strategy Guide will keep your odds favorable, and your buttocks un-scorched. Learn from the grave mistakes of Mr. Parlour. There is no outcome that would ever merit a rash, shock-inducing decision. It is best to meditate like a monk under a waterfall, regardless of the increased electrical conductivity. To close out the night, Parlour offered some sage words of advice to potential competitors. Somberly, the athletic star sent a dire warning to those who would “make quick and rash decisions while under pressure”. Comparing it to a tackle from a rival, Parlour good-naturedly admitted that should he face another Electric Blackjack challenge, he would remain vigilant as ever.

The Various Aspects of Inheritance Law: Do You Know Your Rights?

England: Out and About

Hey You! Stick to Those New Year’s Resolutions