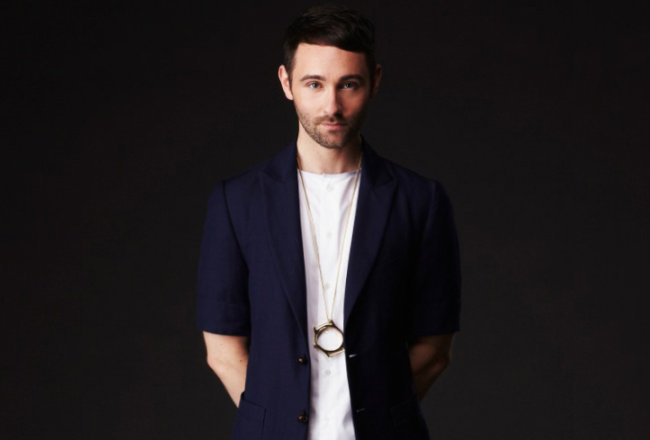 Not to sound like a codger recounting the past fondly, but I first came across exceptional fashion illustator Richard Kilroy’s work back in the Summer of 2009. And although I considered him and his work reasonably well established even at that point, he’s really made waves in the meantime.

Richard’s been featured so many times here, he hardly needs introduction and to gush any more here about his work would only be to repeat what I’ve said countless times before (here, here, oh and here too). Without further ado, I thank him for his generous time in collaborating, and wish him a very merry Christmas…

Male-Mode: What are your plans for Christmas and the holiday season?

Richard Kilroy: To go home to Liverpool for a week with the family and eat until it hurts every day. Also, to catch up with friends and get pissed on less than £20 on a night out.

What is, for you, the spirit of Christmas?

Christmas is a time to indulge with those around you and enjoy it without guilt. I love catching up with everyone back home. I see Christmas as more of a celebration of the year than New Year’s Eve itself. In fact, I fucking hate New Year’s Eve.

What’s been the highlight of your year so far?

Oh god, there have been a few! The big one has been putting my book together, which has meant meeting and getting to know so many prolific illustrators; the final line-up is looking incredible.

Receiving invaluable help and mentoring from Richard Gray (the illustrator, not the journalist) whom I have the upmost respect for.

This one is a little self-involved but seeing David Downton and Julie Verhoeven mention me in interviews as their illustrator to watch – pretty surreal moments for a fanboy who has followed them for years.

Going to my first menswear shows and seeing the palaver that goes with it.

Tutoring drawing classes for the first time at the Royal College of Art and working with so many incredible talents. Also, many late night conversations on Facebook chat with Tara Dougans. We’re both emerging illustrators and friends so we’re always gossiping, bitching, and relating over everything that we’re doing.

If you could give just one gift this year, what would it be?

And if you could receive just one gift this year, what would that be?

Jigsaw SS12: Piecing it back together.